The Fall/Winter 2020 menswear season confirmed two things: the return of suiting and the end of streetwear. In an interview with Dazed, Virgil Abloh initially predicted a major shift in aesthetic with his comment that streetwear is “gonna die.” With each structured suit and romantic shirt that came down the runway, the new era of menswear became ever more apparent.

The functional outerwear of spring 2020 is hanging around for fall, replacing cargo pants and pocket-heavy pieces with quilted nylon vests and tailored pants for the urban dweller. Fendi and Nicholas Daley represented the essence of the trend best: a little form, a little function, and a lot of fashion.

Thank Dior for the return of romantic-inspired fabrics and silhouettes at men’s fashion week this season. From the feminine ruffles at Ami and Louis Vuitton to the playful feathers at Loewe, a romantic shirt is your ultimate investment piece next season. At Ann Demeulemeester, black lace took on a dark and romantic feel, while at Dior, crystal-and-sequin-beaded jackets were paired with satin shirts and velvet opera-glove for an ultimate display of grandeur. 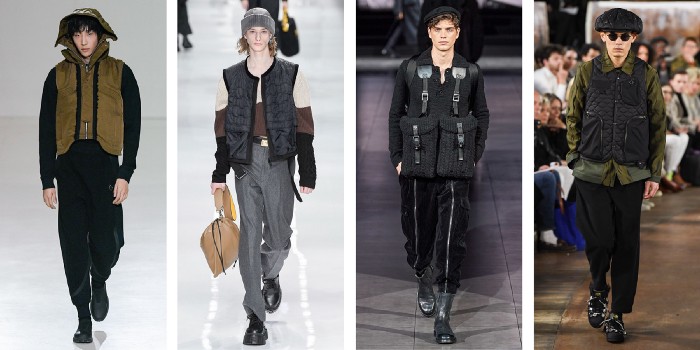 Designers paired quilted nylon, tactile hardware, and a plethora of pockets with structured silhouettes and luxe fabrics to give the utility trend a fresh urban feel. Padding and quilting transcend outdoor categories as designers rework the technique for urban dwellers. Sports-infused trims, details, and accessories in concrete and black tones reinforce the cross-over appeal.

Feminine-inspired fabrics and silhouettes are poised to take over menswear next fall. Dramatic tops, sheer lace, and slim-fit pants set a whimsical tone, but the underlying originality is in the pastel-on-black styling. An unveiling of silk shirts came imbued with ruching, ruffles, and feathers. Among the best, avant-garde shirting with pastel feathers were found at Loewe, while in Paris, romantic ruffles at Ami were paired with a sensible turtleneck. 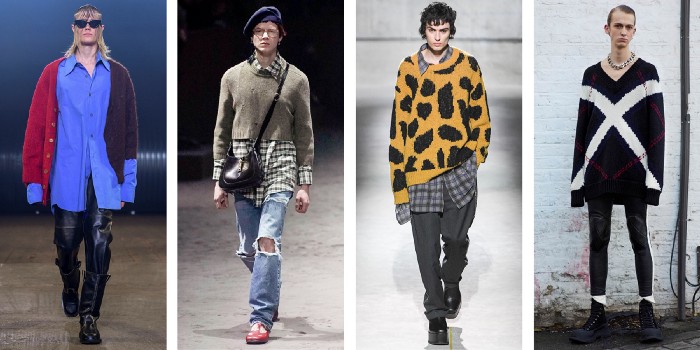 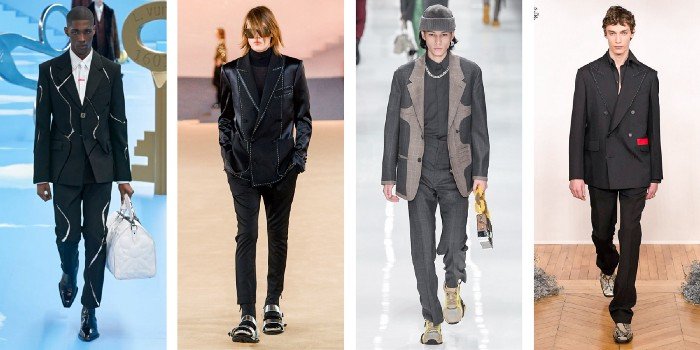 Seemingly every major designer sent some variation of a suit down the runway this season. At Fendi and N Hoolywood, suits were pieced together with contrasting fabrics, while those at Givenchy and Paul Smith featured exposed seams. 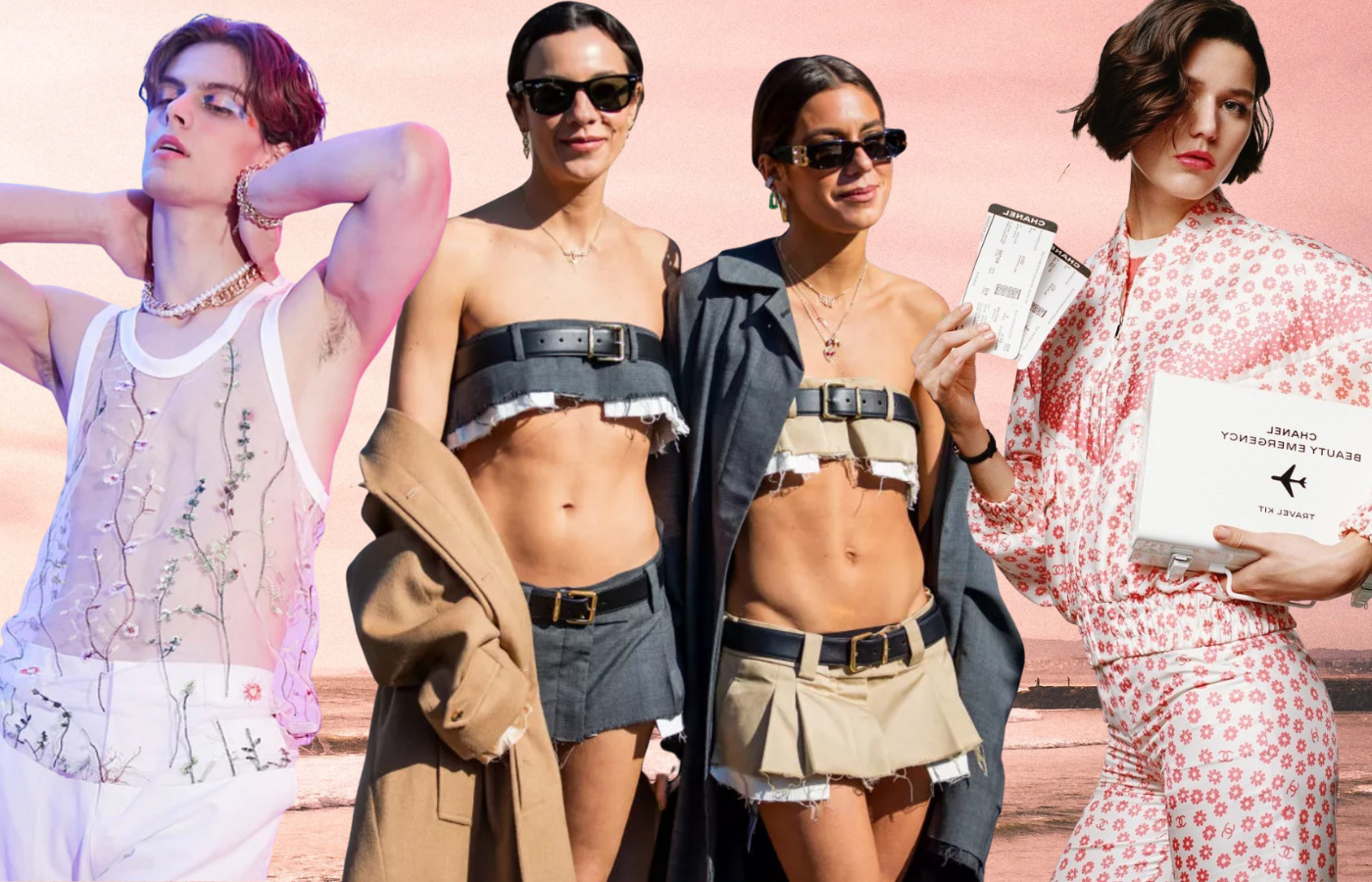 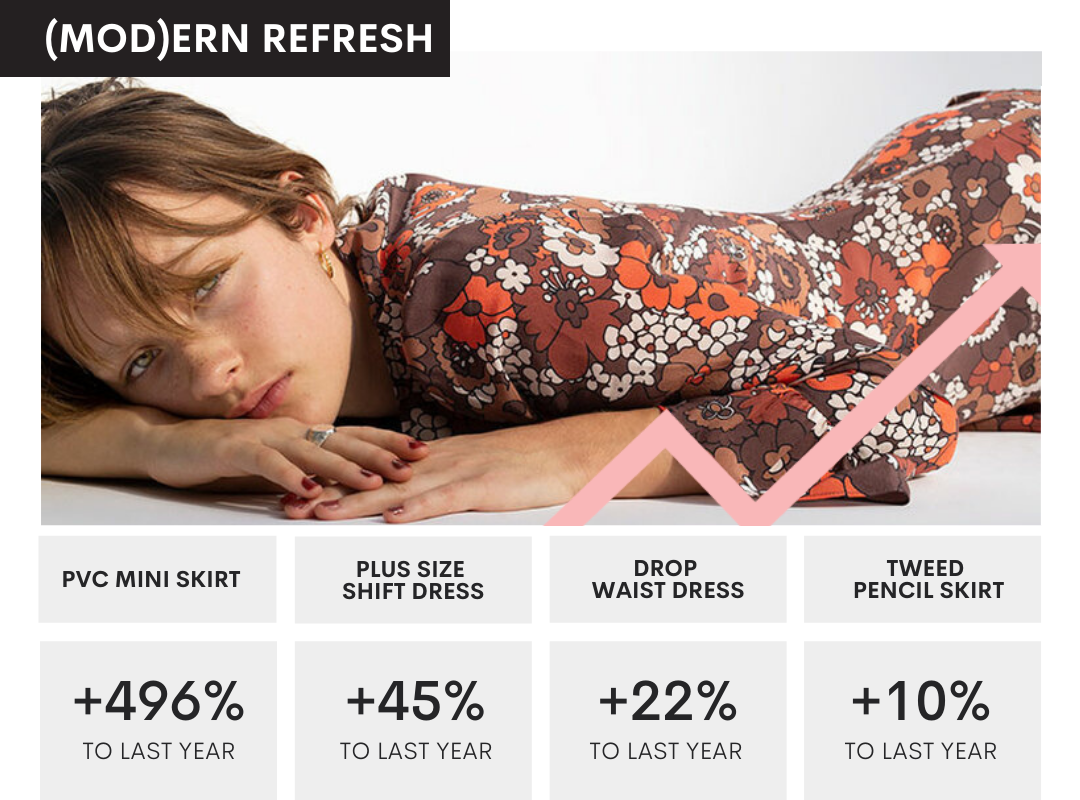